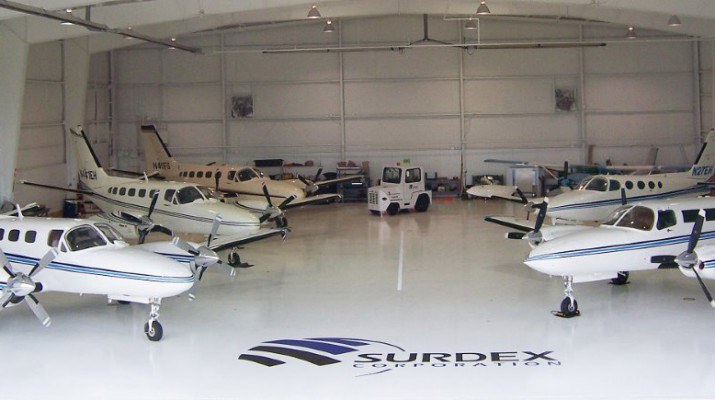 Surdex currently owns and operates a fleet of ten aerial photography aircraft out of our Chesterfield, Missouri flight center at the Spirit of St. Louis Airport. We employ full-time A&P (Airframe and Powerplant) personnel to perform FAA-certified inspection, maintenance, and repair. Surdex owns the following aircraft:

1) For Geospatial products such as datasets, lidar and imagery, customers shall first contact the TNRIS Strategic Mapping Program at StratMap@twdb.texas.gov before submitting a statement of work, obtaining quotes or issuing Purchase Orders to DIR Vendors.

2) Generate a purchase order made payable to Surdex Corporation.

Surdex assures its clients that our data functions exactly as you intend, meeting your expectations for accuracy and image quality. Should you discover any issues after final delivery, Surdex fully warranties all products for a period of one year.